1954 Mercury XM 800 Concept is retro-cool in execution, detail and design 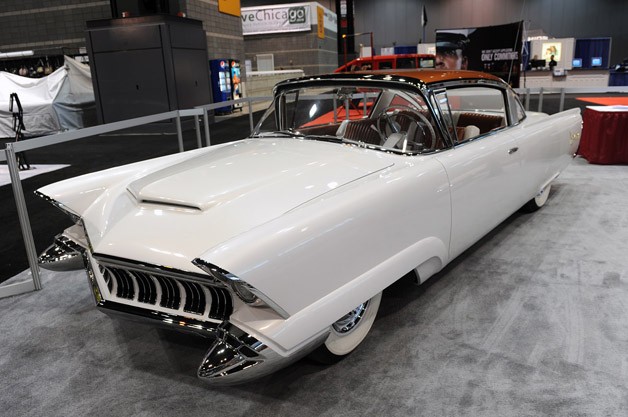 When it was first introduced at the 1954 Detroit Auto Show, the XM 800 made quite an impact. Mechanically speaking, it was fitted with a 312 cubic inch engine rated at 270 horsepower. A Ford-O-Matic automatic transmission, sending power to the rear wheels, was standard. Its design was noted for an expansive greenhouse offering passengers an almost 360-degree outside view. Benson Ford, running the Lincoln-Mercury Division at the time, pushed for the XM-800’s basic design to be added to the Mercury lineup. The plan to move forward was only extinguished because the automaker switched gears to work on Edsel.

The fiberglass XM 800 traveled extensively in 1954 and 1955, making appearances at most major car shows and special exhibitions (including the Chicago Auto Show). It even had a featured role in Hollywood, appearing in the 20th Century Fox production Woman’s World. In the late 1950s, the concept car was gifted to the University of Michigan’s Automotive Engineering Lab to be used for training and design inspiration. Ten years later, the Mercury ended up in storage outside a barn on a farm in central Michigan. Thankfully, the deteriorating concept car caught the eye of an enthusiast who purchased it and began a 20-year frame off, nut-and-bolt restoration.