The Revolutionary New 1960 Valiant from Chrysler 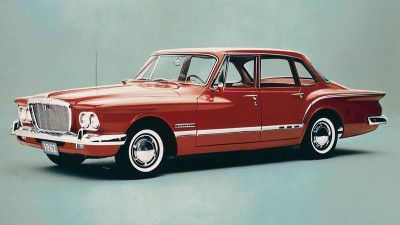 When they were launched in 1959, the 1960 Valiants were the best a mighty Chrysler Corporation could do. With alternators only recently wrung out of the space program, a hot new engine — Chrysler’s first new six-cylinder since the war — and radical Virgil Exner styling, the Valiant was even one of the first cars to be developed with the help of computers. They had a torsion-bar front suspension which at the time was hard to equal, and had been the subject of years of engineering and testing. With the Valiant, Chrysler was ready to re-conquer Europe and other lands, not to mention attack a new segment of the domestic car market. In the early stages of engineering, computers were used to predict the dynamics, even before prototypes were built. This let engineers evaluate numerous designs without the costs of construction; though they still made plexiglass prototypes to increase durability. In the end, the Valiant used full unit construction, with integral body and frame welded into a single solid structure; while the body was strong and resistant to twisting, weight was minimized by this method. Indeed, Chrysler converted nearly every car it made to this construction method in model-year 1960.